France is famous for its varied landscapes. Countryside, high and medium mountains, seaside, vineyards, it's simple, there is something for absolutely every taste. The best part is that some of them give us the impression of having flown beyond our borders. The feeling of walking in the leafy lands of Canada, of treading the sand of a beach in Polynesia or even of approaching Turkish geological curiosities, these experiences are all possible on French soil and are all destinations to be reached for future holidays with a difference

1- Cap Blanc-Nez in Pas-de-Calais, an air of Ireland

Located about ten kilometers west of Calais, the Cap Blanc-Nez is a jewel of the Opal Coast. The landscape is made up of high limestone cliffs that plunge into the sea and are overlooked by a green and undulating moor. Numerous footpaths offer the opportunity to cross the meadows and see cattle, before descending to the beach and approaching the remains of a blockhouse. There's no doubt that when you walk around the area, it is reminiscent in many ways of some of the iconic landscapes of the Irish coastline, especially when the weather is wet and the fog rolls in.

2- The ochres of Rustrel, a trip across the Atlantic

To all fans of the great American West, you can find landscapes similar to those in Colorado near the charming village of Rustrel in the Luberon. The area is also known as the Colorado of Provence. It is hardly believable but yes, the walk leads to the edge of cliffs with shimmering red, yellow, orange tones, and which contrast with the forest massif. It is also for their colours that these ochre quarries were exploited by man in the 19th and 20th centuries. There are several hiking trails to soak up the atmosphere of the place, one of them is the Chemin des Fées. The only thing missing is cowboys and Indians, and you'd think you had crossed the Atlantic.

3- The Glénan archipelago, welcome to Polynesia

These seven incredibly beautiful islets are located off the coast of Concarneau in Finistère. The translucent sea, the long white sandy beaches, the vegetation, the landscapes offered evoke tropical countries, except that we are in Brittany! No one has any doubt about the beauty of the landscapes of this unmissable region of France, but here, observing the gradations of blue of the ocean, it is almost confusing. The best way to soak up this exceptional natural environment is to take a tour of Saint-Nicolas Island, with its superb views of the sea. And to get the feeling of flying over Polynesia, there's nothing like a helicopter tour. A must-do!

4- The Marais Poitevin, a walk in the bayous of Louisiana

In Louisiana, the bayous are the swampy water expanse coming from the arms and meanders of the Mississippi River. You won't come across any alligators while walking through the Marais Poitevin, but the landscapes revealed are very similar to those found in the southeastern state of the United States. As a reminder, the Marais Poitevin is a unique site in France, which crosses the Deux-Sèvres, the Charente-Maritime and the Vendée. To discover this green Venice, you sit on board a boat and pass through the many tunnels formed by the trees. You can then observe nature and listen to the fauna, which is present in large numbers. Eels, herons, otters and many migratory birds inhabit the area

5- The thousand ponds plateau in Haute-Saône, like in Canada

A landscape born of the formation of basins following the disappearance of the glaciers 12,000 years ago and human activity, the plateau of a thousand ponds is a treasure of the Ballons des Vosges nature park. The place is a delight for lovers of wide open spaces, with lakes for fishing and forests for walking. The landscapes make you want to play trapper because, yes, you quickly have the impression of having joined the Canadian lands. A word of advice: take advantage of the autumn to get lost, the colours of the leaves reinforce the feeling of walking in the North of America.

6- The Camargue is the Altiplano

Although it may seem difficult at first to compare the Camargue with the landscapes of a territory situated at an altitude of 4,000 m in the middle of the Andes, there are nevertheless some similarities between these two exceptional natural environments. First of all, the presence in number of pink flamingos, attracted by the wild lagoons and the incredible colors present on both territories. No llamas in France, but horses and cattle busy feeding in the meadows. A stay in the Camargue is always a change of scene. It is even more so when you have the feeling of being in South America.

7- The Organs of Ille-sur-Têt, an escapade in Turkey

The region of Cappadocia in the middle of Anatolia in Turkey is famous for its landscapes that seem to come from another world, and in particular for its unusual rock formations: the fairy chimneys. The good news is that similar geological wonders can be seen directly on French soil, at the Orgues d'Ille-sur-Têt site, just 30 minutes from Perpignan. Nestled in the heart of a green landscape, this mineral jewel can be seen from the many hiking trails that have been laid out for the delight of lovers of unusual nature spots.

Colourful half-timbered houses, ramparts and numerous cobbled streets can quickly make you think of a village on the other side of the Rhine. However, it is in France, in the beautiful region of Alsace, that the magnificent village of Riquewihr is located. You can make a stop there on the Alsace Wine Route and everything about the place is enchanting. The perfectly preserved surrounding walls, the facades of the half-timbered houses with their shimmering colours, the stalls... It is a good place to stroll and each street has something to reveal. Of course, a stay in Riquewihr cannot be perfect without a stroll through the prestigious surrounding vineyards

9- The meander of Queuille, an expedition in Amazonia

The village of Queuille is located in the Puy-de-Dôme. It is here that we find a viewpoint called "Paradise", which offers an exceptional panorama on the meander formed by the river Sioule. This meander, 2 km long, embraces the peninsula of Murat. If it was once inhabited and cultivated, it is now covered by a thick forest. The luxuriant vegetation of the site, the undulations of the watercourse, everything reminds the Amazonian forest and it is for this reason that the site carries the nickname of Amazonia of Auvergne. The meander of Queuille is a fascinating and exotic landscape to observe, some even see a turtle's head.

10- The Brady passage, India in Paris

There is a very exotic place in the heart of the French capital, a place that gives the feeling of having taken a plane to India. This place is the Passage Brady in the 10th arrondissement. Located between the rue du Faubourg-Saint-Martin and the boulevard de Strasbourg and topped by a large glass roof, this real Little India is full of shops featuring Indian products. There are also Indo-Pakistani hairdressers and restaurants. The place is recommended to taste a good curry. A sensory, visual and gourmet journey appreciated by Parisians and visitors alike.

To be read next:
Top 10 best naturist beaches in the Canary Islands 5 reasons to visit Castelldefels Castle in the province of Barcelona Top 10 sunniest cities in Europe Top 10 sunniest cities in France The 10 best coffee shops to telework in Paris The most unusual activities to do around the world. Will you try number 2? 10 good reasons to retire abroad Top 12 things to do in the Stavanger region of southwestern Norway Top things to do on a family vacation on the Costa Daurada
Advertising 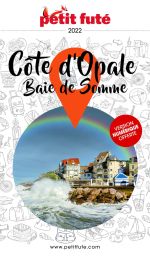 As everywhere in France, the Hauts-de-France is full of splendid villages. They are distinguished by the architecture of ... Read the article

Enjoy a pleasant motorcycle road trip in the region of Tourcoing

The north-eastern part of France is full of history. You will discover beautiful cities with unique architecture where ... Read the article

The road trip is a way of travelling which allows you to discover the different places of a region, a country, or even ... Read the article