Rhodes culminates at Mount Attavyros (1,216 m). Its rocky coasts surround strips of arable land where citrus fruits, olive trees, vines, etc. grow. The city of Rhodes is located at the northern end of this island dotted with small villages and seaside resorts, including Faliraki, Lindos, Kremasti, Haraki, Pefkos, Archangelos, Koskinou, Kiotari, Embona (Attavyros), Paradisi, etc. 18 km south of Turkey, Rhodes is, in fact, the largest island in the Greek archipelago of Dodecanese, marked by the presence in medieval times of the Knights of the Order of St John during the Crusades. The old town of Rhodes, to be discovered with a tourist guide, shelters the medieval street of the Knights and the Palace of the Grand Masters which was besieged by the Ottomans then occupied by the Italians. The former Knights' Palace is now a historical museum. But the most famous site on the island remains the Colossus of Rhodes, one of the seven wonders of the ancient world, of which unfortunately there is nothing left to observe today. Located on a promontory 55 km south of the city of Rhodes, Lindos is a classic Greek village of white houses, overlooked by an acropolis dedicated to Athena Lidia and overlooking the magnificent sandy beach of Agios Pavlos. As in the city of Rhodes, tourism has taken a considerable place there. However, Lindos remains an exceptional site, without cars. Come out of tourist season or early in the morning to enjoy the alleys and atmosphere of this timeless destination (and always with your travel guide in hand). Finally, Rhodes is a gateway to discover the other islands of the Dodecanese.

What to visit Rhodos?

When to go to Rhodos?

When to go to Rhodes? With a mild and dry climate until late in the year and tourist and sports facilities allowing to practice a multitude of activities, the island of Rhodes is a pleasant destination almost all year round. Summer is, of course, the high tourist season and if you don't like crowds, especially at the beach, avoid July and August, especially before August 15. In Rhodes itself, the animation is annual. In seaside resorts, some infrastructure is closed in winter. In May, it is the Rose Festival and in September, the Arts and Culture Festival with a remarkable programme of concerts and shows.

The weather forecast announces 3,000 hours of sunshine each year in most Greek islands.... In concrete terms, the climate is very hot in July and August and pleasant from May to October. Of course, the further south you go, the warmer it gets: in Rhodes, in the Dodecanese, for example, you will still swim in November...

The Greek islands such as Greece are part of the Euro zone. In tourist destinations, prices are expected to be higher than in mainland Greece. Rhodes is not one of the unknown islands and prices are not considered accessible, except perhaps in small isolated villages. Theoretically, the service is included in the bill. It is customary to leave 5 to 10 %.

The Greek islands, like mainland Greece, do not present any major health risks. Tap water is drinkable and hygiene is equivalent to that in France. No vaccinations are recommended before leaving. Be careful with mosquito and tick bites, when camping, and especially sunburn.

How to go to Rhodos? Our advice & tips

This destination is very often offered all inclusive by tourism agencies. However, going to Rhodes alone is no problem. You can easily find accommodation, food and entertainment on site. No need to book in advance to discover the heritage, hike, dive or even sail.

You can rent a car on site, but you will have less trouble if you use taxis or public transport. Many bus tours are organized to discover the island's treasures. Please note that the Lindos site is pedestrian. Here as in the old town of Rhodes, the Segway formula is more and more widespread. The brave ones can go by bike (the electric assisted bike is ideal). The rental scooter is an option. Shuttles from the airport. You can also board a sailboat, catamaran or cruise boat to cruise around the island or connect small neighbouring islands such as Symi Island.

A great weekend in Rhodes 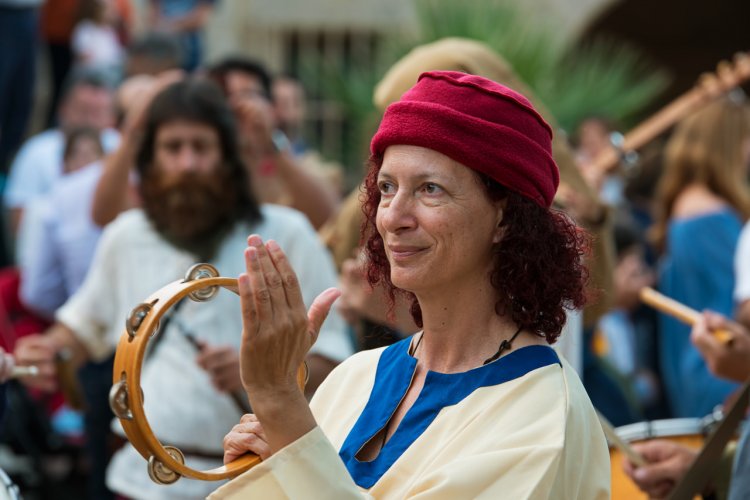 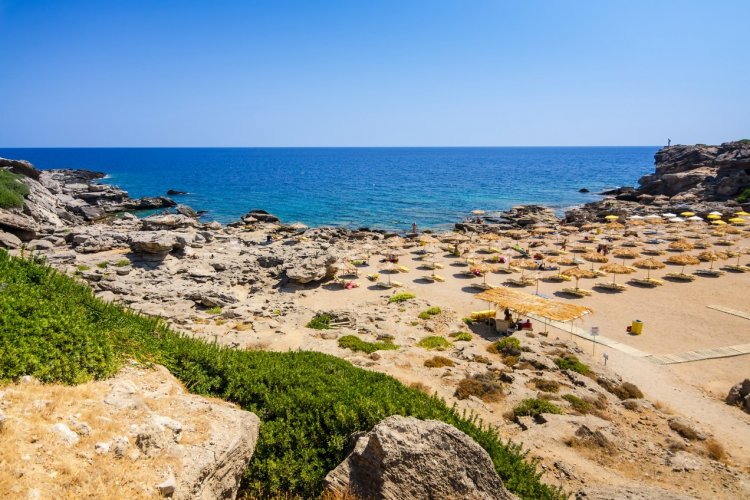 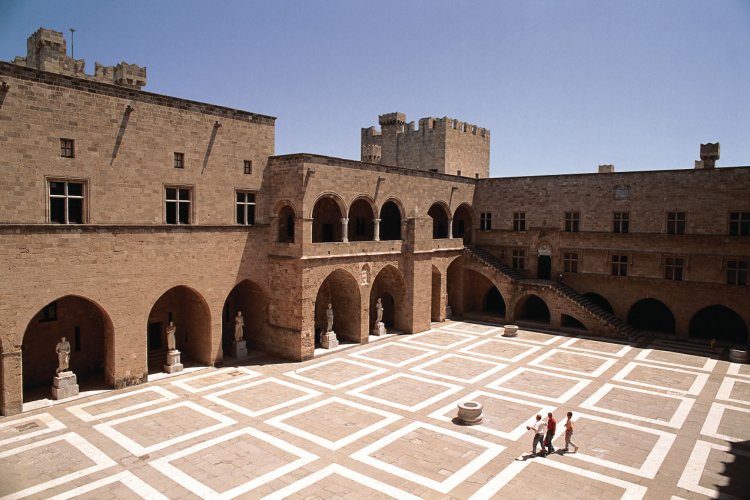 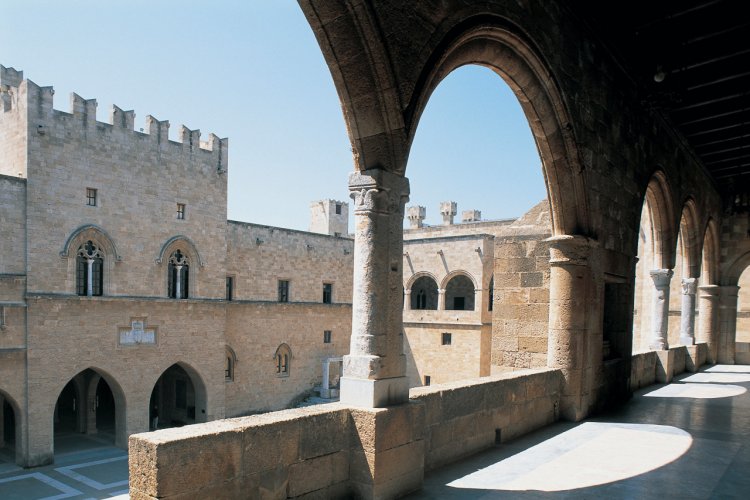 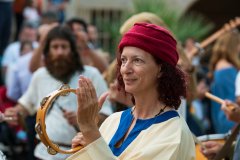 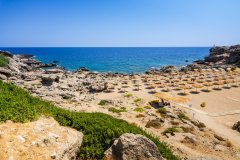 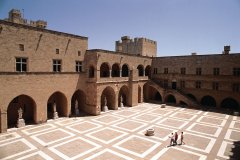 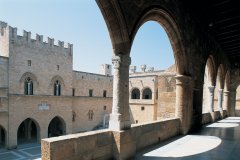 When to go to Rhodes? With a mild and dry climate until late in the year and tourist and sports facilities allowing t...
Read more about it

The weather forecast announces 3,000 hours of sunshine each year in most Greek islands.... In concrete terms, the cli...
Read more about it

The Greek islands such as Greece are part of the Euro zone. In tourist destinations, prices are expected to be higher...
Read more about it

For European Union nationals, an identity card or passport is sufficient. For unaccompanied minors, an exit permit is...
Read more about it

The Greek islands, like mainland Greece, do not present any major health risks. Tap water is drinkable and hygiene is...
Read more about it

This destination is very often offered all inclusive by tourism agencies. However, going to Rhodes alone is no...
Read more about it

The agencies offer all types of services on the islands: excursions, visits to archaeological sites, diving, luxury v...
Read more about it

You can rent a car on site, but you will have less trouble if you use taxis or public transport. Many bus tours are o...
Read more about it

The Mediterranean is an intercontinental sea that borders the coasts of Southern Europe, North Africa and Western Asia. It offers enchanting landscapes and there are countless travellers who want to reach its cities, fishing villages and its most beautiful beaches to enjoy the sun, swimming and relaxing moments. In some places, its waters are so crystal clear that one would quickly believe to be in the Caribbean or in the middle of the ...

With the coming arrival of spring, the desire to go away for a weekend to enjoy the sun is growing in the minds. In the hope that sanitary measures will become more flexible with the arrival of fine weather, and noting that European travellers are allowed to move around the countries of the Union under cover of measures that differ from one country to another (negative PCR test, quarantine, etc.), everyone has the freedom to think of a ...