Here, some places come close to what one can imagine to be paradise! Paradisiac therefore, the peninsula is famous for its unspoilt beaches of fine sand and the colour of the water, rich in a thousand shades.

Nicknamed the Pearl of the North, the town of Samaná, 210 km from Puerto Plata, has 6,000 inhabitants. Now a fief of the French, Samana was founded around 1824 by freed American slaves. Even today, many Samanese still have Anglo-Saxon names and speak English. The village is situated in a sun-drenched bay, between the sea and the hills with lush palm trees. In the gulf, three beautiful small islands are accessible by a bridge and, if you look towards the horizon, you can admire the famous islets of Cayo Levantado.

Cayo Levantado, a magnificent islet, is located only 15 minutes by boat from Samaná.

Las Flechas Bay: it was on this beach that in January 1493, Columbus' sailors fought the natives for the first time. Located 2.5 km east of Samaná, the bay is surrounded by palm trees. Further east, you discover wonderful secluded beaches.

Isolated, at the eastern end of the Samaná peninsula, Las Galeras evokes paradise. This vast expanse of immaculate U-shaped sand is entirely surrounded by palm trees. The silence and quietness of the place are hardly disturbed by the fishing boats. The village is home to bed and breakfast, a few charming hotels and only one club hotel...

The village of El Limón, about 10 km from Las Terrenas, is the starting point for a visit to the superb El Salto del Limón waterfall (40 m high), which can be reached in two hours on horseback and then by a fairly steep path that you can walk along. You can swim under the waterfall, swim in a natural pool and visit the fascinating caves.

The highlight of the show is undeniably whale watching! From January to March, the winter parade of humpback whales in the Bay of Samaná is a unique spectacle. The bay is the annual meeting place for humpback whales that come to give birth, look for a mate and perform a frenzied courtship ritual before mating. Males jump out of the water and hit the surface with their caudal fin. Nearly 10,000 whales gather for the occasion. When the cubs have finished their mother's milk supply, towards the end of March, they migrate to the cold seas of the northern hemisphere.

The must-see places in Samaná Peninsula 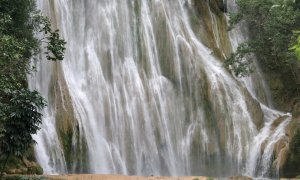 More visits
Weather at the moment

Prepare for your trip Samaná Peninsula 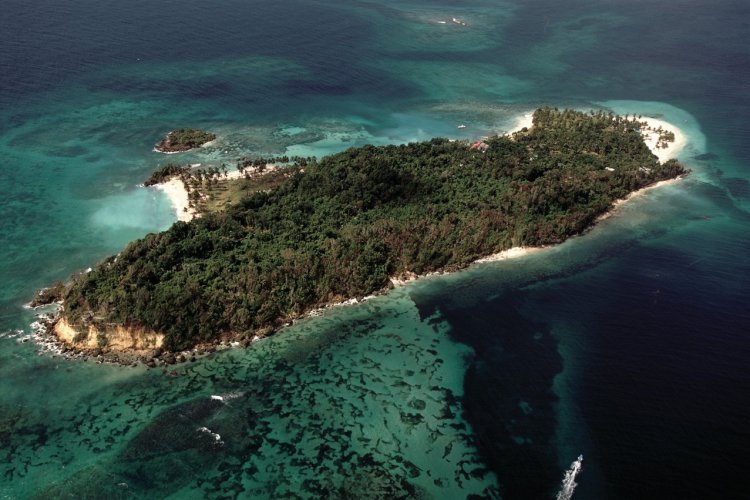 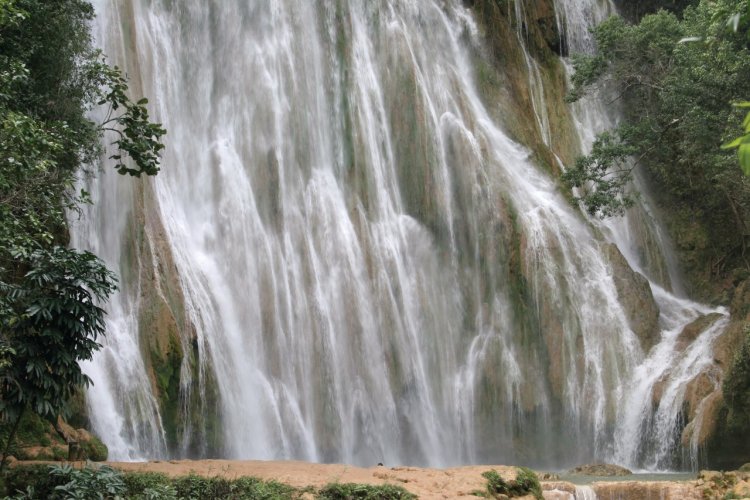 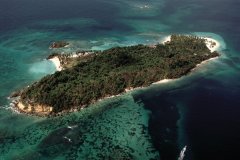 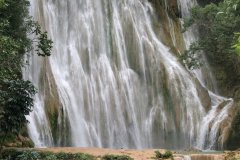 The Samaná peninsula, the pearl of the Dominican Republic

The Dominican Republic is like a postcard: miles of beaches, turquoise waters, rows of lazy palm trees, high-end hotels, impeccably maintained golf courses and starred restaurants. Among the pearls of the country, the Samaná peninsula stands out as one of the best spots to settle down. Here, in the north of the country, some places are close to what one can imagine being paradise! A paradise, the peninsula is renowned for its unspoilt ...